date
Apr 22, 2022
slug
MAGI-MachineLearning-Augmented-Github-Indexer
status
Published
tags
PyTorch
DataScience
Python
DeepLearning
summary
Magi, meaning "Wise Men", were priests in Zoroastrianism and the earlier religions of the western Iranians.
type
Post
TL;DR: MAGI is a semantic searcher that allows you to search over GitHub with natural language.
The good thing about open-source softwares is that developers nowadays hardly need to build the wheels again. If you need functionalities, simply search the corresponding package on GitHub - but this process could be tedious. Say I want to find a package to test my Python code speed, this is called a code profiler. But normally you would search “Test Python code speed”, and get this result:
This is why we developed MAGI, a semantic search engine for GitHub.

Magi, meaning "Wise Men", were priests in Zoroastrianism and the earlier religions of the western Iranians. In Evagelion, Magi System (マギ) are a trio of supercomputers designed by Dr.Naoko Akagi.
We hope that MAGI can work like its name, by intelligently understanding your query. You can try a demo of MAGI here:
share.streamlit.io
https://share.streamlit.io/enoch2090/magi/main/magi.py
When using MAGI, simply tell it what you want, and be specific. For example, ask for “find the slowest part of a Python program” instread of asking “code benchmark”; search for “visualize data, draw plots” instead of “visualize data”. The more verbose you are, the better MAGI responds. Here’s a list of querys FYI, if you don’t know where to start:
Notice: This deployment runs with a starter plan on streamlit.io. Since the Transformers and PyTorch packages will take a considerable proportion of memory, it crashes sometimes. If you are really interested in playing with this demo and it crashes, you can always write to ycgu@umich.edu, I will reboot the demo ASAP. Also, I’ll write about how to run MAGI on your own device later.

How Does It Work?

MAGI’s structure looks like follow:
We’ve created a database of GitHub Python repositories with ≥ 100 stars, and projected them to a vector embeddings space using a SentenceBERT transformer. This model takes in a chunk of text, and spilts out a high-dimensional vector (usually 768). The more related two texts are, the closer their vector representation should be.
When you give a query to MAGI, your query will be projected to the same vector space, and MAGI uses a vector similarity search to retrieve repositories that matches your query best.
The database consists of two parts:
With this database, MAGI is able to understand your description of a package, and compare your description with the above data to decide which repositories are match.
MAGI is trained using a novel method called synthetic query generation. You can read more about this method here:
sentence-transformers/examples/unsupervised_learning/query_generation at master · UKPLab/sentence-transformers
In our paper BEIR: A Heterogenous Benchmark for Zero-shot Evaluation of Information Retrieval Models we presented a method to adapt a model for asymmetric semantic search without for a corpus without labeled training data. In asymmetric semantic search, the user provides a (short) query like some keywords or a question. 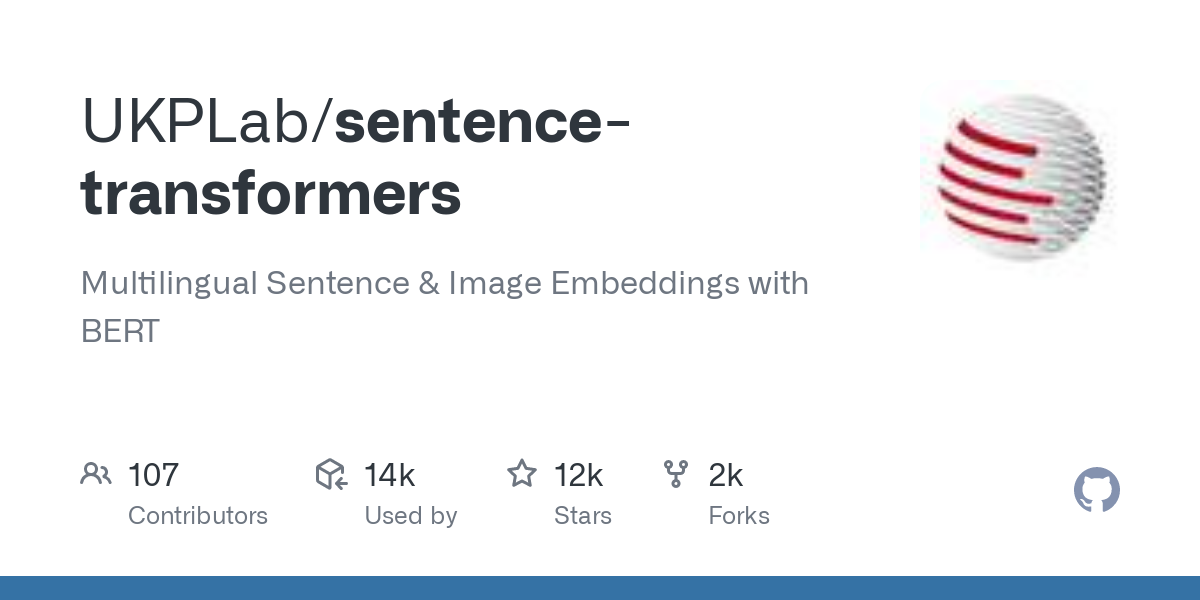 Basically, we use a T5 model that looks at some text, and raises questions on that text. For instance:
We generate 8 queries for each chunk of text in each repository. This gives ≥ 360,000 query-corpus pairs. We can then finetune our SentenceBERT model on top of these pairs. This methods allows us to run a NLP finetuing task without any data annotation.
With the data prepared, we train our SentenceBERT on this data for 3 epochs. After that, we use the trained model to cast our corpus to the embedding vector space. Since we have multiple corpus for each repository, we average their corresponding vector embeddings to get a final vector representation of that repository.

Let’s compare this model with GitHub’s original search. For instance, we may search: “extract articles from web pages”, and MAGI will give the top 10 results as
Notice that the first result is exactly what we are looking for through this search - the one and only Python package which does that.
Where GitHub’s search simply fails:
We compiled 20 queries with their corresponding results as the benchmark, let’s compare mAP@10 of MAGI and GitHub search:
We can read from the figure that MAGI performs better than GitHub’s search on most cases, and has a mAP@10=0.1650. On the contrary, GitHub’s search only achieves mAP@10=0.0578.

MAGI utilizes transformer models to allow semantic search on GitHub repositories. We are keep working on MAGI to refine it for even better performance. You can find MAGI’s source code at Enoch2090/MAGI.